“An IPO is like a negotiated transaction: the seller chooses when to come public and it's unlikely to be a time that's favourable to you.”
-Warren Buffett

Due to this superfast digitalization trend, the start-up ecosystem and already existing companies seem to be on a growth trajectory, despite COVID-19 slowing business down a bunch. With companies like boAt going for a 2000 crore IPO and LIC probably being around 70,000 crores, what can organizations be ready to go public?

The year also saw a surge in IPO deals, which can be attributed to SEBI, which has modified the structure of key committees required for a public company. SEBI has made it easier for major issuers to meet minimum public offer and public shareholding requirements and strengthened the importance of independent directors.

Raising capital via public listing has enabled exits for private companies such as FSN E-Commerce Ventures Ltd. (Nykaa) and Zomato Ltd., as a superior route for a strategic alternative for funding expansion and accessing deep reservoirs of liquidity. In terms of the issue size, One 97 Communications Ltd. (Paytm) was the largest IPO in 2021. As these tech behemoths have developed tremendously over the years, IPO exit activity has increased. More tech businesses have a constructed market and have scaled to the point of going public. The present frenzy of IPOs has a powerful cascading effect, as early investors have received substantial money when they exit, which can be re-invested for the next round of potential firms.

In 2021, companies going through a public issue have raised capital via a combination of new issues and Offer for sale, paving way for more PE-backed organizations to follow the IPO exit route. Similarly, following a surge in worldwide IPO activity in recent months, Indian markets too have continued to rise to record highs. With several companies seeking an IPO, the strong momentum appears to be continuing, with cross-border engagement increasing. The surge will result in new-age companies joining the IPO market and charting a new trajectory for expansion. But what should these new-age companies keep in mind?

The first thing organizations should think about is whether their IPO would even be feasible. They have to determine whether the market is big enough, how quickly they can grow because as long as there is money in the market, one’s company has room to grow. Organizations also have to consider how disruptive their products and services are. Disruption is the key to standing out and being an aberration to the status quo, as we’ve seen in the course of this pandemic. Companies also need to sit down and chart out their business model to determine how they’d do in the coming quarters. Investors in the public market favour predictable earnings and if there is ample proof an organization would succeed, they’d invest. Organizations also need to determine their economic moats and how much leverage they have in a competitive market and what their USP is, because by understanding what competitive advantages they have, they’re able to carve out a much more successful path. Organizations also need to find out if the timing is right. They need to go public in a favourable climate that provides enough yield for them. This is a stepping stone to success, but it’s also important that companies have milestones to meet, because if they fail to be consistent, they would not be successful in the public market. The potential for profit makes shareholders understand why the company is valuable. When going public, the management needs to be ready for much more public scrutiny and more eyeballs. Even from an equity point of view, founders should be prepared to know that their equity interest and voting interest would be lowered, as well as management decisions.

The zeitgeist now is going public and while there has been some success, companies need to beware and not just jump on the bandwagon, they need to make sure that their company can sustain itself publicly. An IPO is daunting, all organizations can do is hope it meets their long-term goals. To understand how companies can go the distance, VCCircle presents "Leapfrogging The Way: Companies Going Public", a series of thought-provoking sessions to handhold organizations attempting to get a listing. 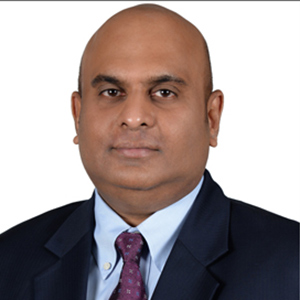 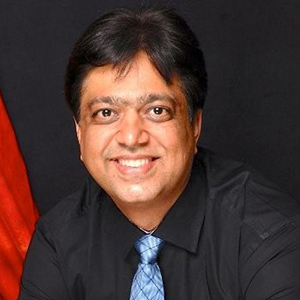 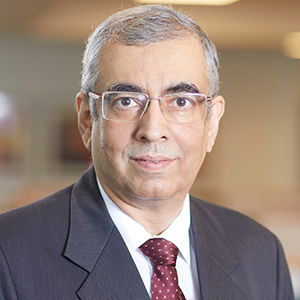 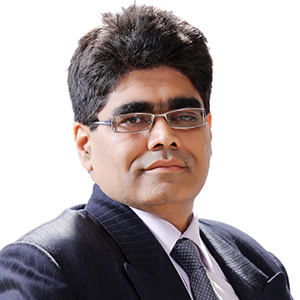 Dinesh Arora has done Electronics and Communication engineering from Delhi College of Engineering and then did his Masters from IIM Calcutta. He then joined PwC and has worked for over 25 years with the firm and is currently the Deals Platform Leader. He specializes in Mergers and Acquisition, Fund Raising and Stressed Assets. 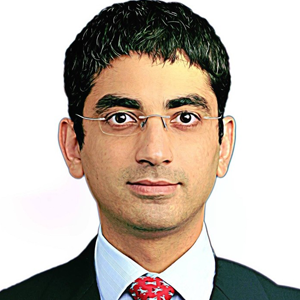 As the Head of Growth & Exits, Kunal helps Blume’s portfolio companies and their respective Investment Leads with capital raising, M&A and Capital Markets.

Kunal is responsible for partnering with the investment team to optimize portfolio companies’ outcomes through the lifecycle of a company, building and managing long-term relationships with a network of capital providers, strategic corporates, partners and advisors, and advising our portfolio companies on all aspects of Capital Markets – including IPO preparedness, timing and positioning, underwriter line-up, and more.

Kunal has 18 years of experience in Institutional Equity Sales, Trading and Risk Management at some of the world’s largest financial institutions such as Goldman Sachs, Credit Suisse, J.P. Morgan, Jefferies and CLSA, with cross-border experience in India and Japan. In his last banking role, he was Managing Director and set up Jefferies’ India Equity business in 2011 as Head of Equity Sales. 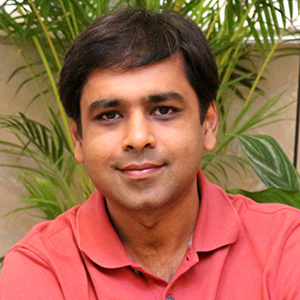 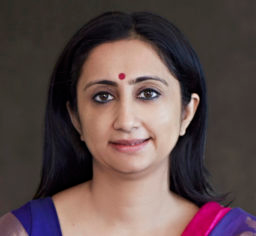 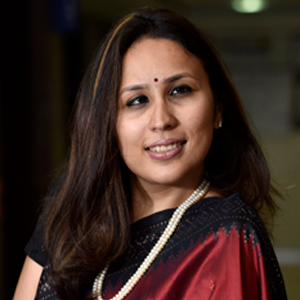 A graduate from the Management and Technology Program at the University of Pennsylvania (USA); with joint degrees in Economics from the Wharton School & Computer Science Engineering from the Moore School, Radhika Gupta is MD & CEO of Edelweiss Asset Management Limited, one of India’s fastest growing mutual fund companies.  She has recently been elected as Vice Chairperson at AMFI.

Radhika started her career with McKinsey & Company, and then progressed to become a hedge fund manager with AQR Capital – one of the world’s largest hedge funds.   She then moved to India to start her own venture named – Forefront Capital Management, an alternative asset management firm, which was acquired by Edelweiss in 2014. An asset management professional with experience across asset classes and investor segments; she successfully led Edelweiss’s acquisition of JP Morgan’s Mutual Fund business and Ambit Capital’s AIF business in 2016.

A true global personality, having travelled across 4 continents, she is the founding President of the University of Pennsylvania Alumni Club, a member of the Global Leadership Council of the Management and Technology Program and a Board Member of the Association of Mutual Funds in India (AMFI). A keen micro-blogger on Twitter and an avid Bridge player, her unique life story narrated in the video,  ‘The Girl with a Broken Neck’, has garnered over 2 Lakh views. 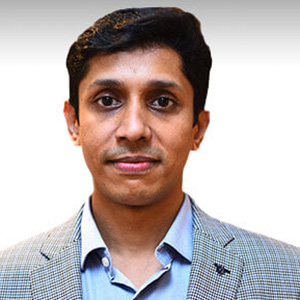 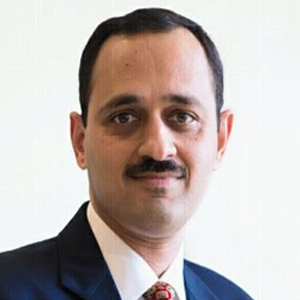 Salil has over 24 years of experience across Investment Banking, Corporate Banking, Project Finance, and Equity Research. His experience includes over 18 years with Axis Capital / Axis Bank, where he has built corporate relationships and led multiple sector practices in Investment Banking. He is a Computer Engineer from VJTI, Mumbai, and an MBA from IIM, Lucknow. 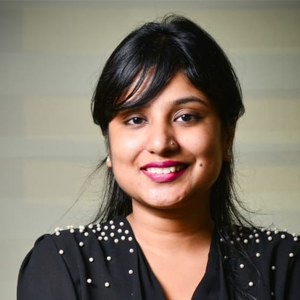 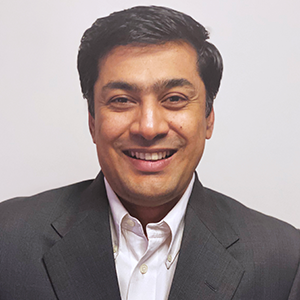 Venkatraman Narayanan is the Managing Director and Chief Financial Officer of our Company. He is a fellow member of the Institute of Chartered Accountants of India and holds a bachelors’ degree in commerce and another in law. Venkat has been associated with our Company since April 2015 and has over 25 years of experience in the areas of general management, operations, finance, & law. Prior to joining us he was CFO, Sonata Software Limited, TeamLease Services Limited, Perot Systems TSI (India) Limited, Transworks Information Services Limited, MindTree Limited, Director Operations Oracle and Consultant at Arthur Andersen.  Venkat has also been on the Board of Directors of Sonata’s subsidiaries and Perot Systems.

Want to be part of it?

VCC Events opens up the avenues for participation. Join hands to be a part of India’s largest gathering of alternative investments leaders, industry stakeholders and Asia’s influential limited partners, general partners and marquee advisors. Your chance to actively participate and augment yourself as thought leaders.

Attend as a delegate